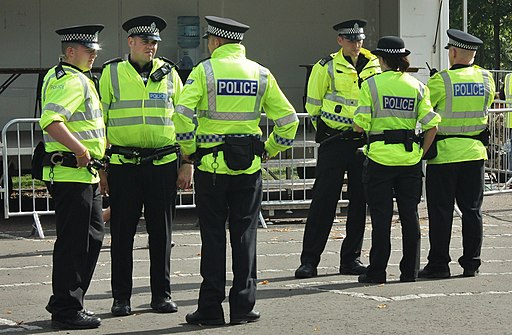 According to several items of news published in the English media,[1] the number of police officers in England and Wales has fallen by 1,213 in the last six months and in September 2017 the figure was 16% below the maximum in 2009, according to official data. The reason for this situation is believed to be the police wage freeze, apart from the growing participation of the private sector in the field of security.

Of the 43 police forces, the Metropolitan Police of London, the most important in England and Wales, represented over half of the drop in the number of officers, with 646 fewer in only six months.

Although crime figures from the Home Office itself stress a significant increase in recorded crime –the highest increase in the last ten years–, police numbers continue to fall partly because the police pay freeze continues. At present, according to the Home Office, there are additional funds to improve pay conditions for police forces.

In percentage terms, the biggest reduction in staff was experienced in North Yorkshire, at 4.2%, a loss of 58 officers until September 2017. In second place, there is West Midlands, which lost 221 police officers, 3.3% of all its officers.

To address this scenario, senior police officers have warned that the lack of financial investment in security is causing difficulties for the police force, and more so given the rise in crime being reported and the continual terrorist threat.

This situation has now moved onto the political stage and police chiefs have also intervened. While the labour party feels that the security budget during the 2018-2019 period means a reduction of 119 million pounds compared with the previous year, the Home Office believes that the sector’s budget will increase by about 450 million pounds and stress that, since 2010, the reduction in “traditional” crimes has been 40%.

The National Police Chiefs Council recognises certain progress in the will to increase security resources, although there are important differences in the composition of the finance, a fact that reverses the situation as the increase in the budgets may range from 1.6% to 3.6%.

The Mayor of London, Sadiq Khan, meanwhile, has announced the desire to reduce the impact of police cutbacks, investing 60 million pounds annually to pay for 1,000 additional police officers. However, he recognises that this investment will not reverse recent crime-related figures. He has also stressed a wish to address the increase in youth crime in London, with an injection of 15 million pounds annually.

[1] The news appeared in several publications and related news items have been published. We highlight one in newspaper TheGuardian on 13 February 2018.